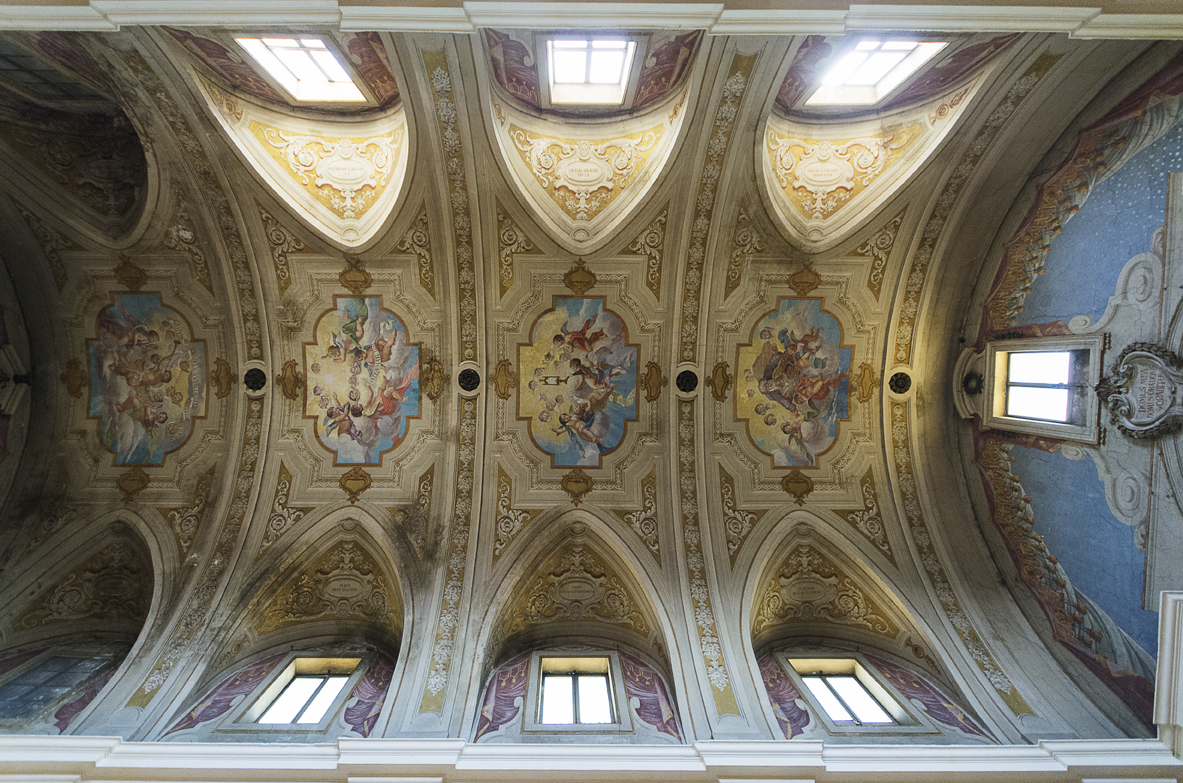 The Church of St. Michael the Archangel came into existence in the fifteenth century as the Church of St. Angelo. In its original form it consisted of three aisles with six chapels and a bell tower. The latter can still be seen as the lower of the two existing bell towers. The church was renovated during the construction works of the Via Diretta and extended in the seventeenth century. It was dedicated to St. Michael the Archangel in 1640. In 1817 it was completely destroyed by fire and was rebuilt in 1823 by the architect Giuseppe Valadier, but was not returned to its original splendour. One of the few surviving works, visible in the centre of the choir, is a beautiful ciborium in white marble, which is used to hold holy oil. In the first chapel on the right there is a preserved painting on wood from the late fifteenth century depicting SS Salvatore. At the end of the left-hand aisle is a wooden altar, which is home to an urn of S.S. martyrs Giuliano, Pontiano, Giacinto e Vittoria. It was moved here in 1654. The Brotherhood of St. John the Evangelist undertook to ensure that it is constantly illuminated by lamplight. The church was equipped with an organ as early as 1588 but the current large pipe organ only dates back to 1928. The building adjacent to the rectory was, over time, used as a chancery and partly as prisons, some windows still show the old bars. 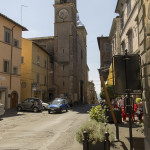 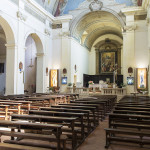 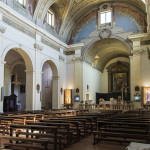 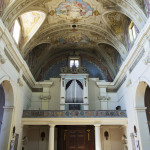 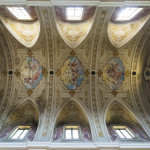 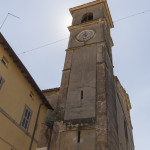