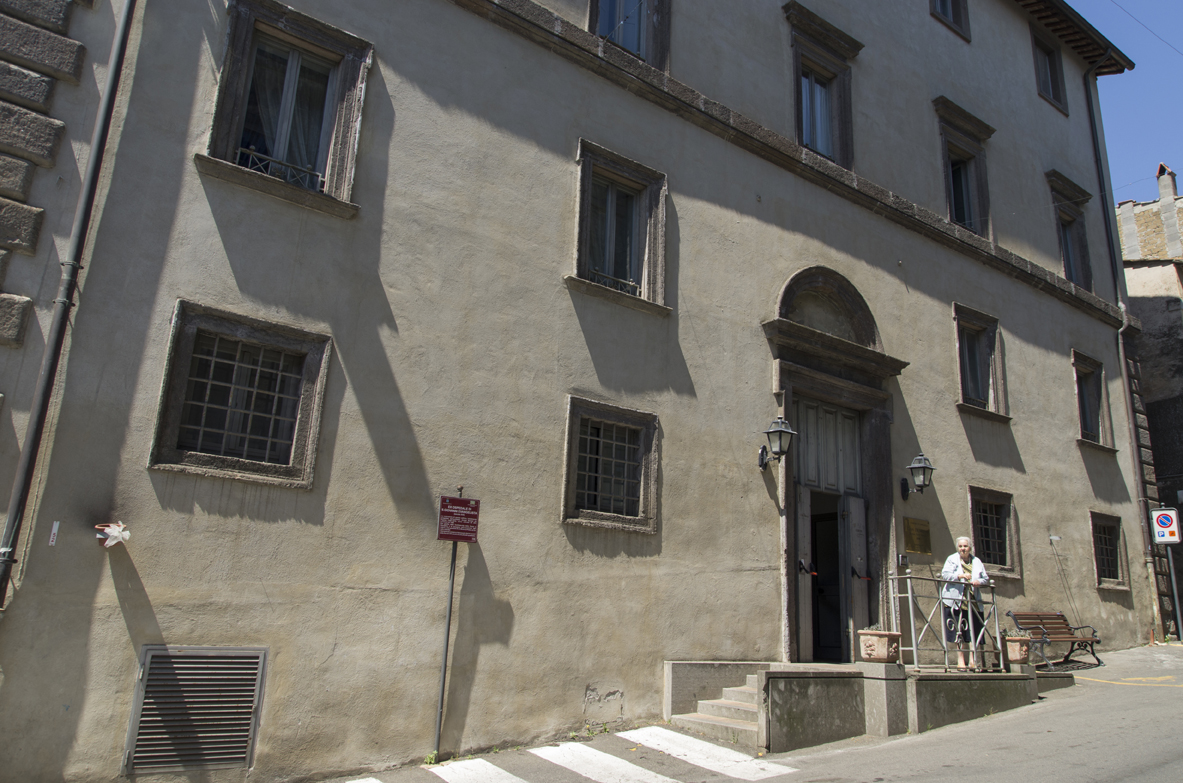 The hospital was built between 1495 and 1497 on the initiative of the Brotherhood of the Cross and Discipline with the help of the Riario family. Constructed on the site of a pre-existing church dedicated to St. John the Evangelist, the hospital was, in turn, dedicated to the same saint. It was built on two floors, with two large rooms, one for men on the first floor and one for women on the second. The staff consisted of two chaplains, a surgeon, a nurse for men and one for women. During the urban renewal by Vignola and the construction of Palazzo Farnese, alterations were also made to the hospital as is made evident by the payment, in 1572, of about 1000 crowns to the foreman “Scarpapede”. After Vignola’s death, work was entrusted to Giovanni Antonio Garzoni, who modified the subdivision of the rooms and replaced the spiral staircase with a ramp. Whilst assisting the sick, the hospital also ran a pawnbroker’s and a kindergarten. The Brotherhood was only dissolved in 1979. After the restoration work carried out in the 1990s, the building was intended to be a nursing home for the elderly. Inside, it has well-preserved wall paintings like the one depicting the Holy Family and St. John the Baptist as a child. In the living room there are two valuable frescoes from the late sixteenth century: the Crucifixion and the Pietà, similar to the one painted by Federico Zuccari in a chapel of Palazzo Farnese. 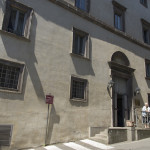