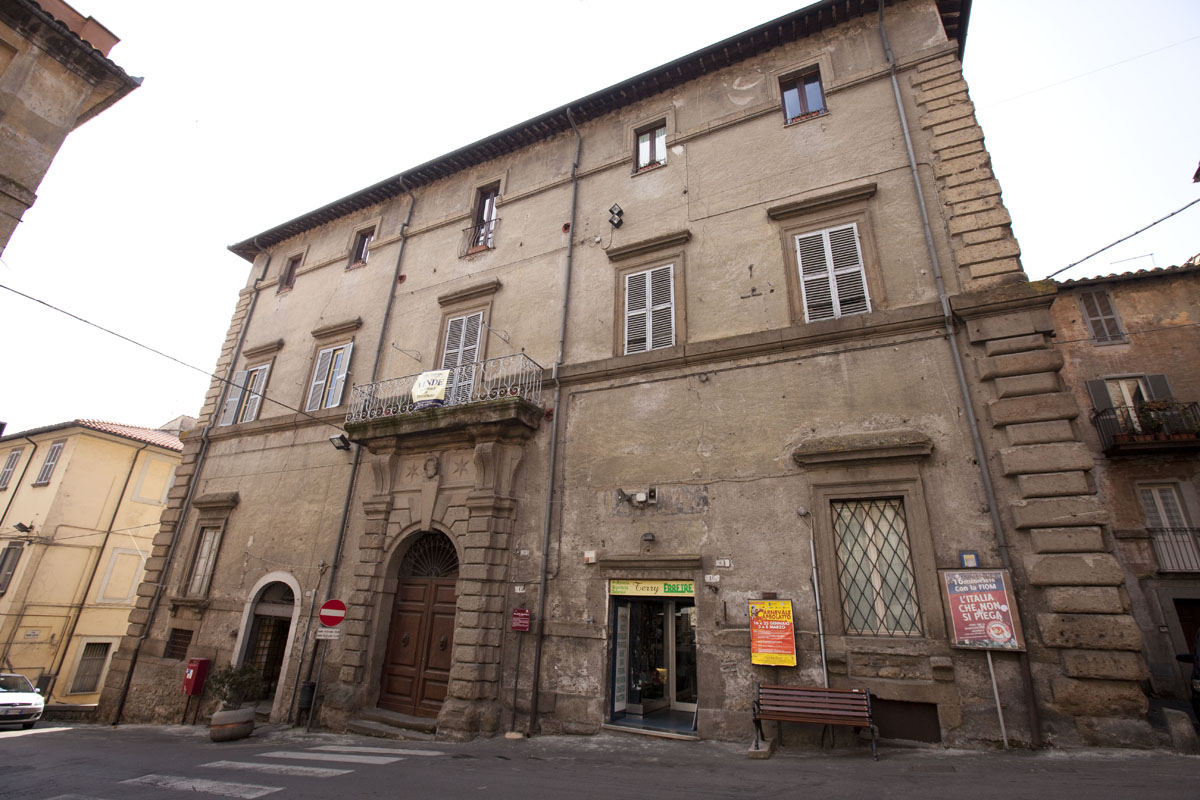 Palazzo Restituti is on the ancient Via Diretta and reflects the late Renaissance style. The work on the building, constructed from pre-existing medieval houses, started between 1574 and 1575, probably a project of Vignola. The ashlar portal (stone door surround) and the facade are attributed to Giacomo del Duca, who was active in Caprarola between 1584 and 1586. The completion of the work dates back, as can be seen by the epigraph above the door, to 1586. The building still has the coat of arms of the commissioning families, Lattanzio and Pompey Restituti, whose members held prominent public positions from 1556. 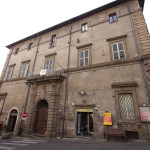 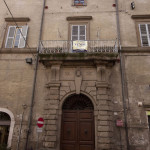