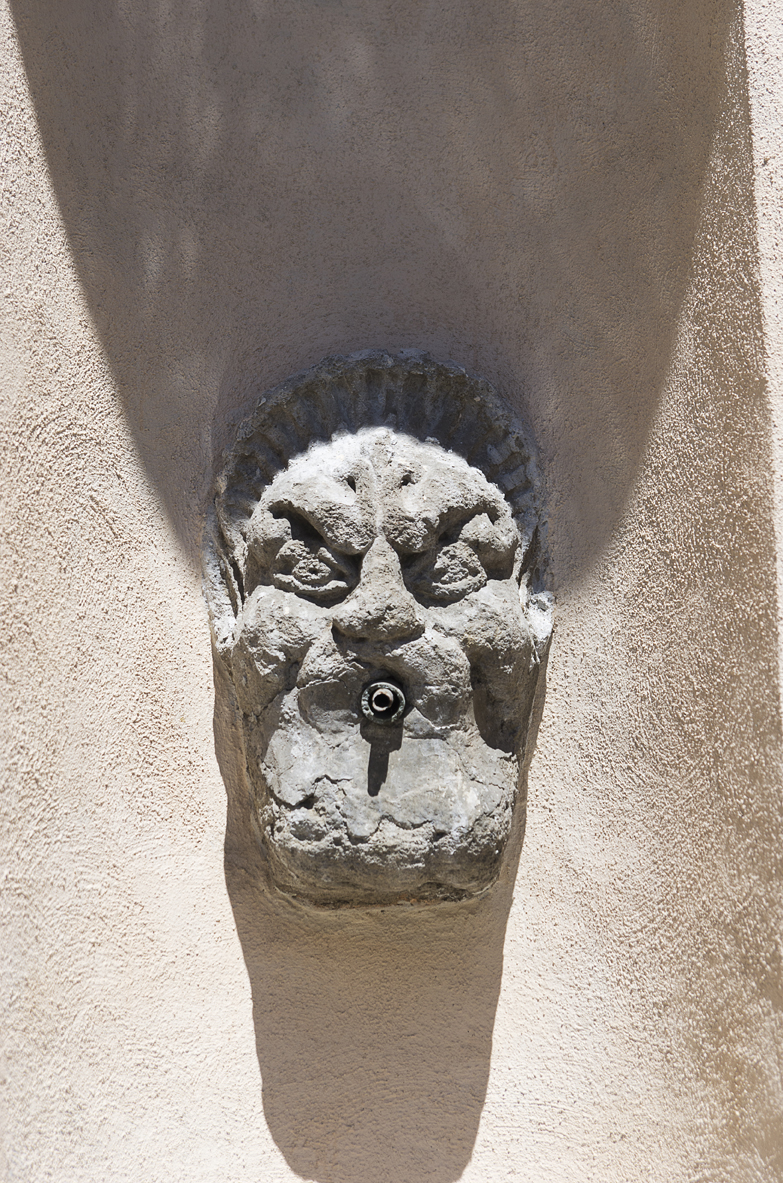 The arched fountain, surmounted by a balcony, is known as “Fontanaccia” (the ugly fountain), a term which has been in use since 1588. Since 1850 it has also been known as “fountain of the boccacce” (fountain of the ugly faces). It was built during the construction of Via Diritti at the request of Cardinal Alessandro Farnese. The balcony is decorated with three coats of arms: the middle one belonging to the Cardinal himself; to its right the arms of the Duchy of Parma and Piacenza, Castro and Ronciglione; and to its left the arms of Duke Alessandro Farnese, the Cardinal’s nephew. You may notice a contrast between the part below the cornice, which was made of rose granite between 1562 and 1565, and the part with the coat of arms, made of gray granite. This might be because the arms were added later. Inside the arch, contained in three niches, are three masks that feed the basin. We know that in 1597, for the visit to Caprarola by Pope Clement VIII, the fountain was altered to provide wine instead of water. 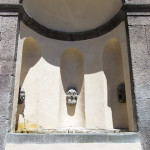 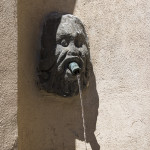 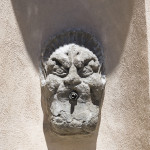 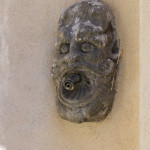 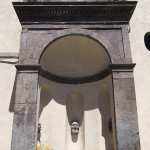 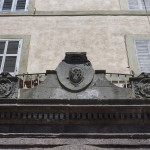 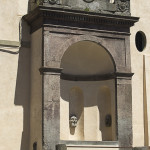 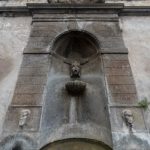